Two members of the extended Thwaites family have recently been travelling and sent photos of places with a Thwaites connection.

Christopher Thwaites (1949 < Donald < Francis < John) lives in Northern California, USA and has been travelling in Norway with wife Ruth, who has Norwegian ancestors. 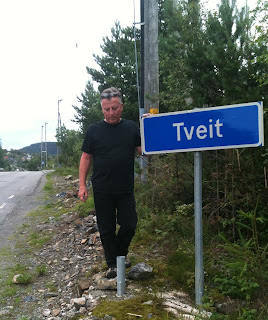 Denise Thwaites (1986 < Richard < Michael <Ernest < John) was travelling in England with her partner Baden and visited Topcliffe, Yorkshire, the home of George's family and birthplace of John.  She posed by the village sign, supported by a millstone.  George Thwaites was a grocer and farmer in Topcliffe around 1890. I like to think he might have owned this millstone, or one like it. 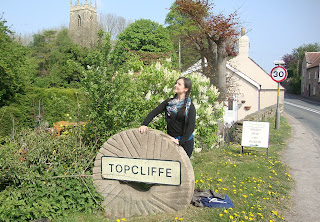 Elsewhere in Yorkshire, near Leeds, they found a place called Thwaites Brow and took this picture, proving our place in the landscape. 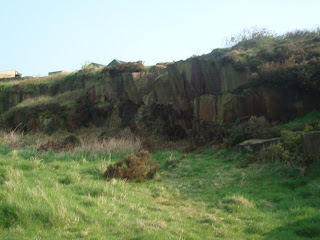 Posted by RichardNThwaites at 12:17 PM 2 comments: